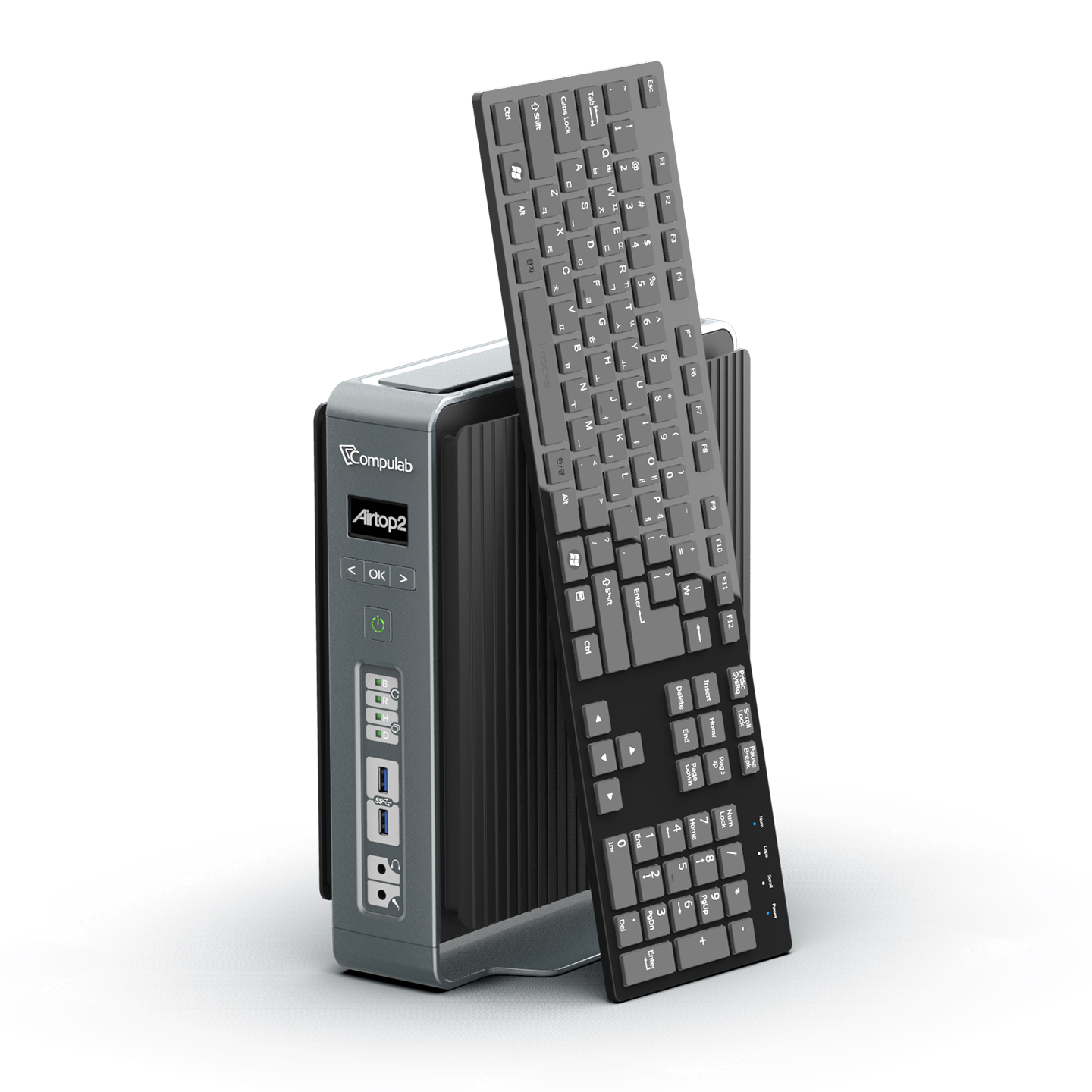 Other remarkable features of Airtop2 are up to 64 GB DDR4, high-performance storage sub-system with 2x NVMe + 4x 2.5” SATA SSDs / HDDs, tool-free service and a broad selection of FACE Module extensions.

Airtop2 is available at an industrial temperature range of -40°C to 70°C and ships with 5 year warranty.

Note: Airtop2 is intended for professional applications. A variant of Airtop2 intended for silent-PC enthusiasts named “Airtop2 Inferno” powered by GeForce GTX 1080 graphics card will be introduce separately during Feb-2018.

Passive cooling is silent, reliable and requires no maintenance. Airtop2 achieves fourfold improvement in passive-cooling efficiency by Compulab’s Natural Airflow cooling technology – a novel heat-exchange system that stimulates airflow without moving parts, and by cooling each of the 3 major heat sources (CPU, GPU and storage devices) using a dedicated thermal zone independent of the other two.

Natural Airflow (NAF) technology is based on a multi-stage heat-exchanger. The first stage is a mirror-polished copper-plate attached to the hot spot. The 2nd stage is a set of high-performance flat heat-pipes arranged in a crisscross array that spread the heat evenly onto the surface of the air-tubes panel. The last stage is upward airflow generated inside the air-tubes by the stack effect due to the temperature gradient between the air-tubes and the air within.

Natural Airflow cooling is effective at an extremely broad temperature range. This allows Airtop2 to operate under load at ambient temperatures exceeding 70°C. NAF cooling is not subject to clogging, is not sensitive to dust and moisture and requires no maintenance thanks to not having any moving parts, filters or tight airways found in computers with traditional forced-air cooling.

Despite being small and fanless Airtop2 excels in ease-of-use. RAM and storage-devices are easy to reach with a tool-free clamshell opening mechanism. The front panel incorporates the I3M (Integrated Interactive Information Monitor) which shows on an embedded OLED display data like temperatures and power which the I3M acquires from the motherboard and operating system in real time.

“With a 2nd generation product like Airtop2 we usually observe high customer satisfaction” said Irad Stavi, Chief Product Officer at Compulab. “NAF cooling worked extremely well in Airtop1 and is now considered field-proven technology. In Airtop2 the core components – CPU, graphics and RAM are modernized with increased capacity and performance, the storage system is completely revamped and is now not only on-par with storage of current small-form-factor PCs but has best-in-class performance, capacity, cooling and serviceability. Professionals and enthusiasts alike have a keen interest in Airtop2 but while professionals focus on ruggedization and modularity, enthusiasts care for performance and silent operation. Airtop2 is geared towards professionals. For enthusiasts we are introducing an enhanced-performance variant – the Airtop2 Inferno.”

Airtop2 7.5 liter housing is all-aluminium. The die-cast and machined parts fit seamlessly to make a ruggedized enclosure with functional elegance.

Airtop2 core-components are selected to provide balanced high performance for the most demanding edge-computing workloads. Core-components comprise of a Xeon-E3 CPU coupled with a Quadro GPU (both cooled passively) supplemented by up to 64 GB DDR4.

The motherboard is designed from the ground up to combine effective NAF cooling, optimal serviceability and enhanced reliability. The motherboard includes many novelties like redundant power supplies, sockets facing the clamshell door for simple tool-free upgrades and rigid-flex PCIe adapter to install full-height cards parallel to the motherboard.

“A design goal of Airtop2 is to be able to operate unattended indefinitely.” said Yuval Sela, Airtop hardware architect. “For that we completely redesigned one of the most sensitive circuits on a motherboard– power sequencing. Instead of an analog power-sequencing circuit Airtop2 has a dedicated programmable logic device that monitors power control signals. It allows an always-accurate response to changes in power-states and fluctuations in external power. This brings a new level of reliability and stability to Airtop2.”

Graphics and display
Airtop2 is the only small-form-factor PC in the market that includes a passively-cooled 120W graphics card. Airtop2 can drive the displays of discrete and integrated graphics simultaneously for a total of 7 4K displays.

Having a ruggedized, small, silent and maintenance-free system with workstation-class graphics is beneficial in control rooms, outdoor digital signage and many other use-cases. With the increasing use of GPUs for computation Airtop2 opens new possibilities for running computation-intensive applications in harsh environments. 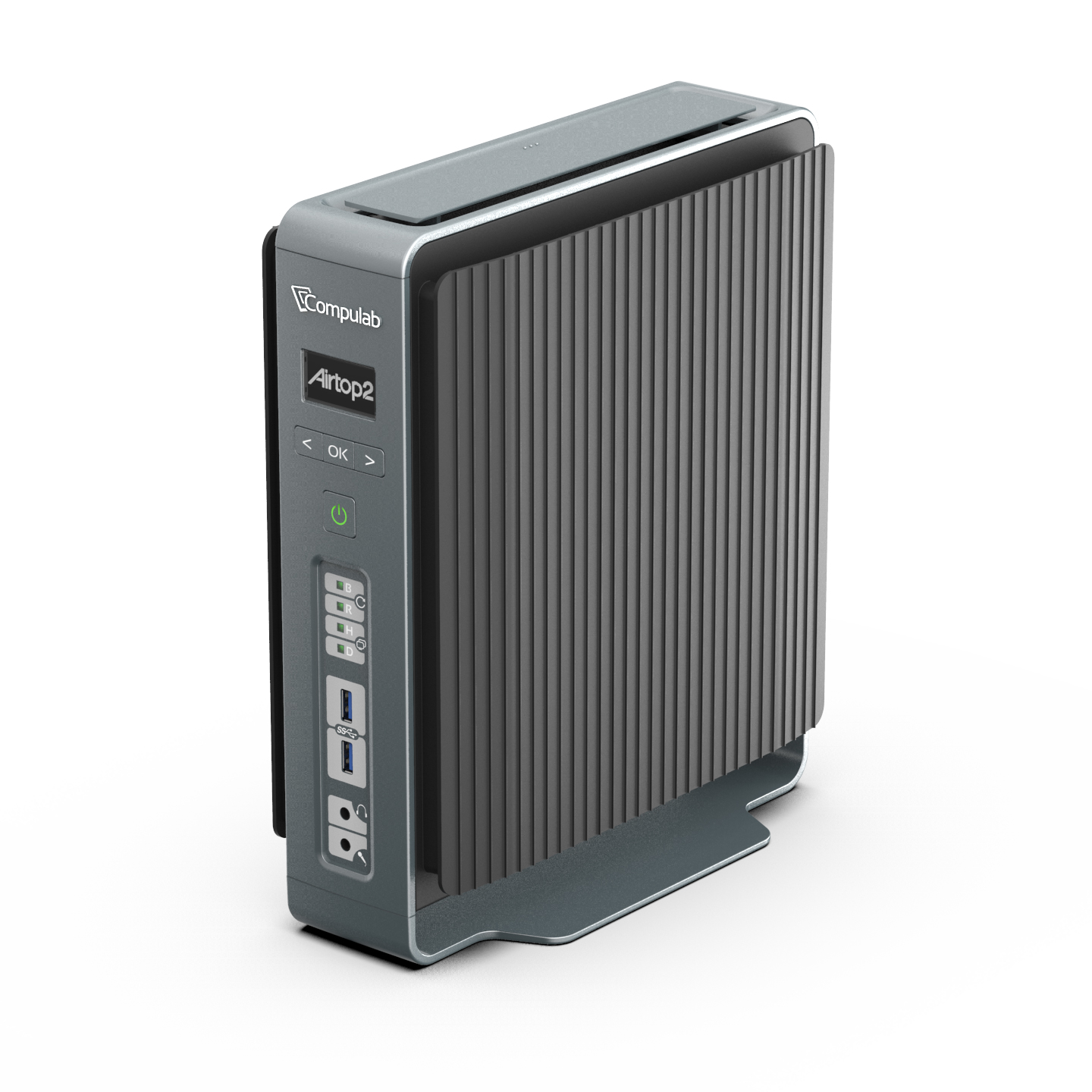 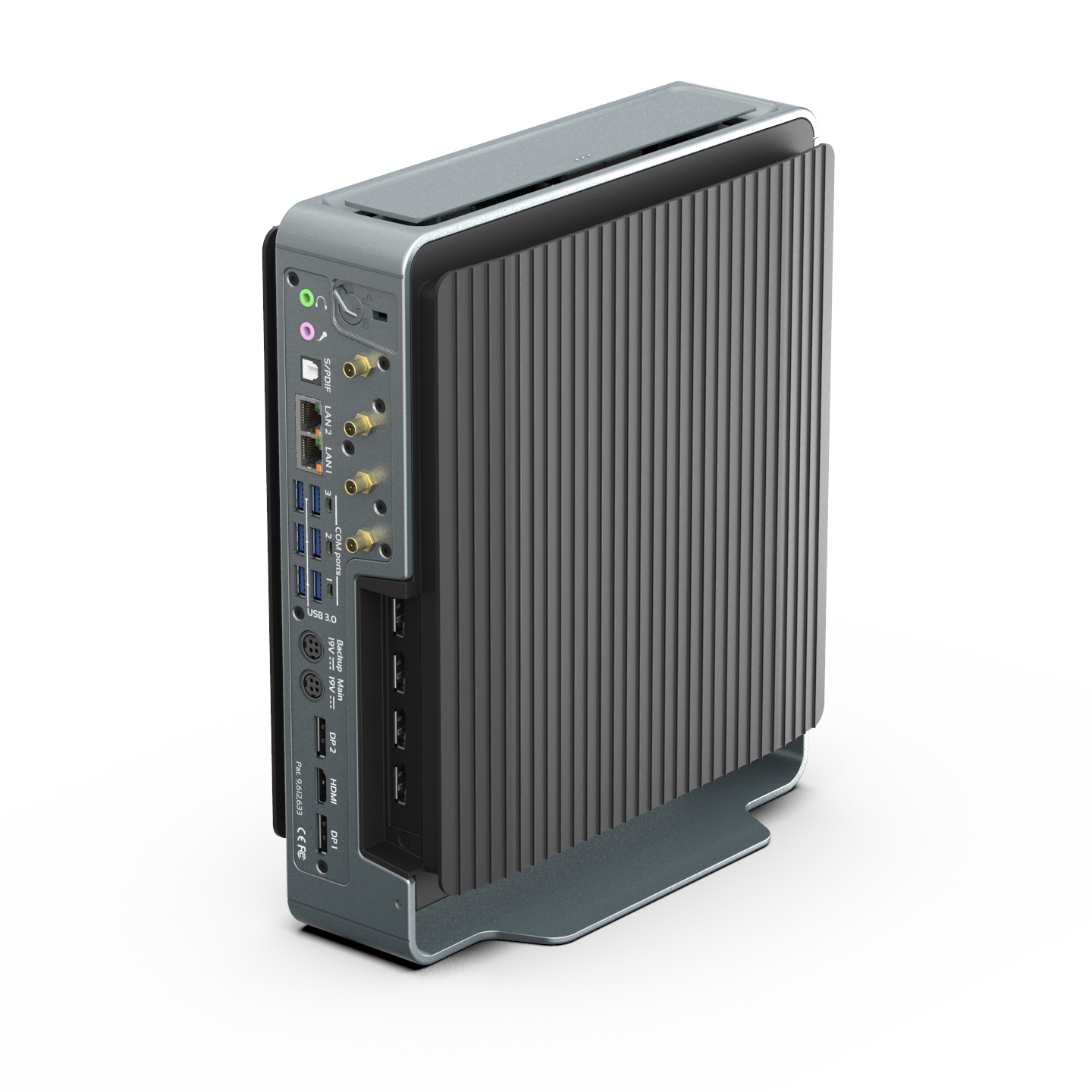 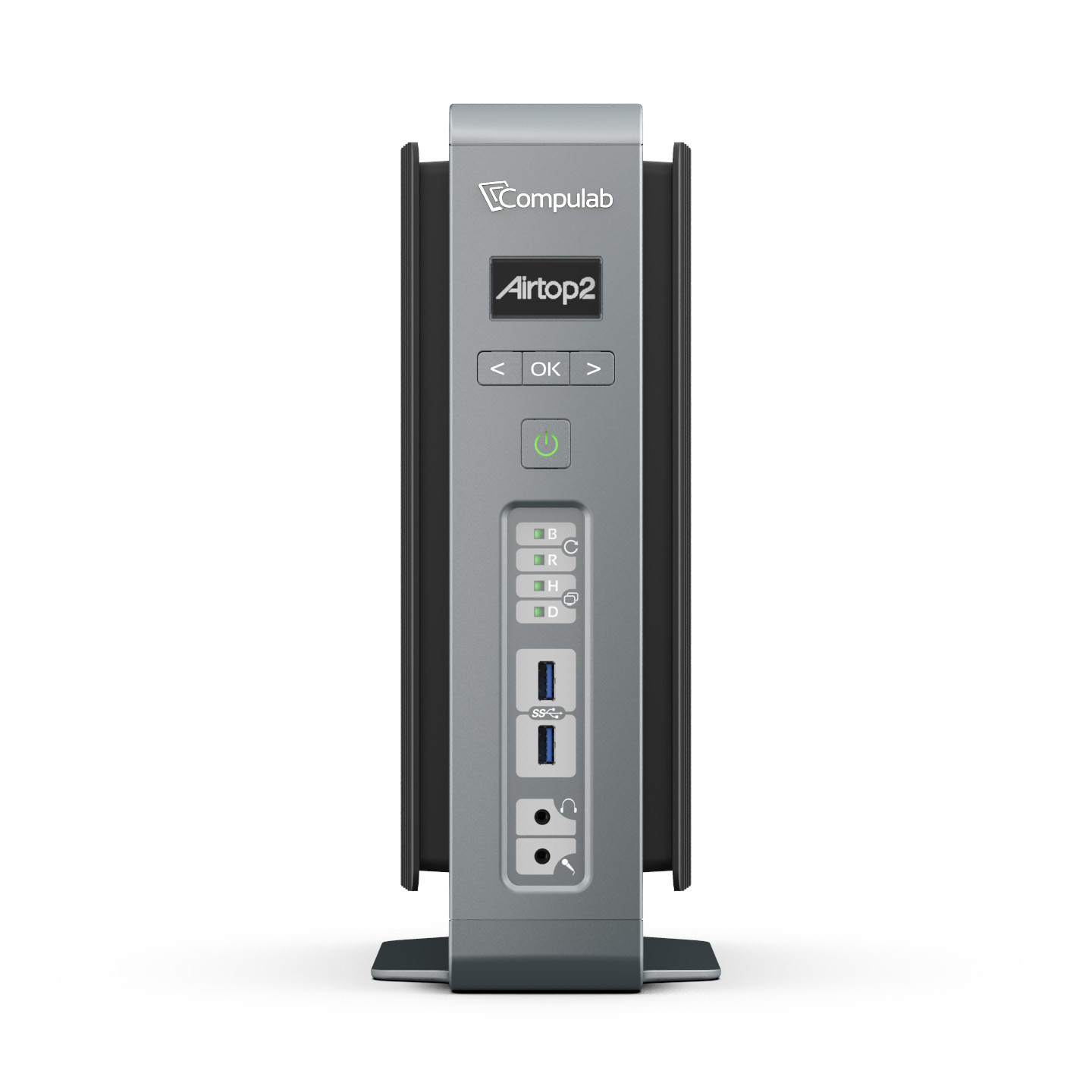 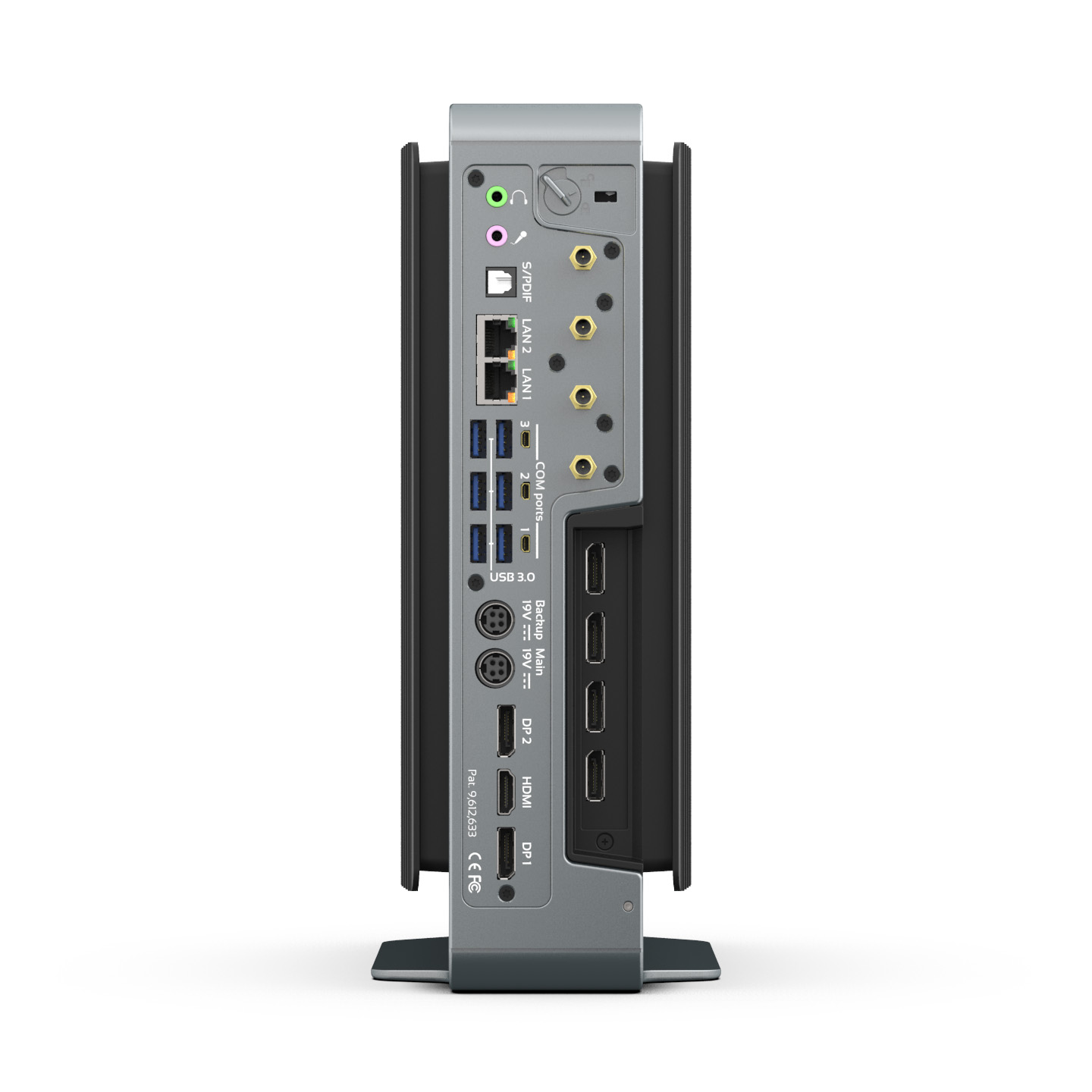 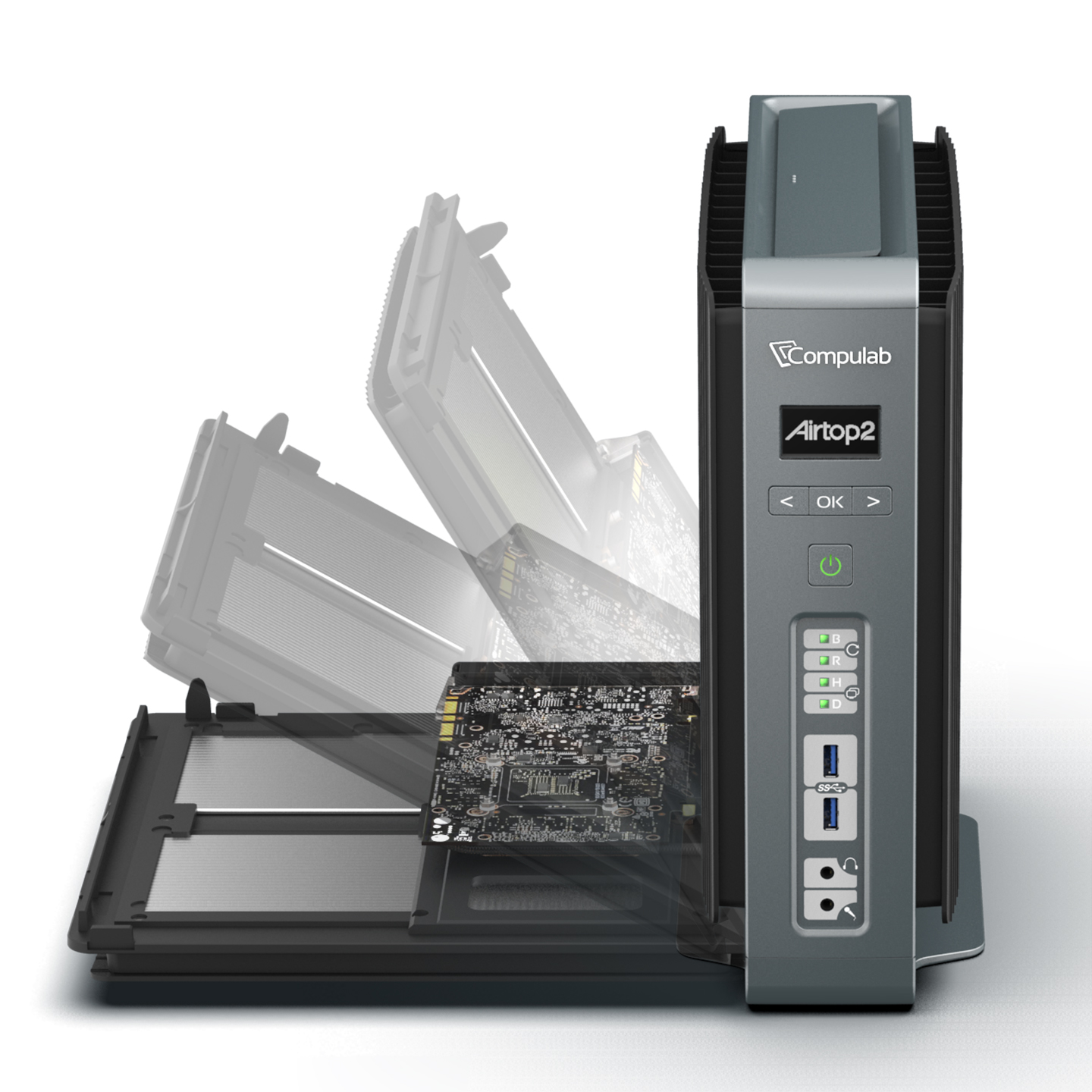 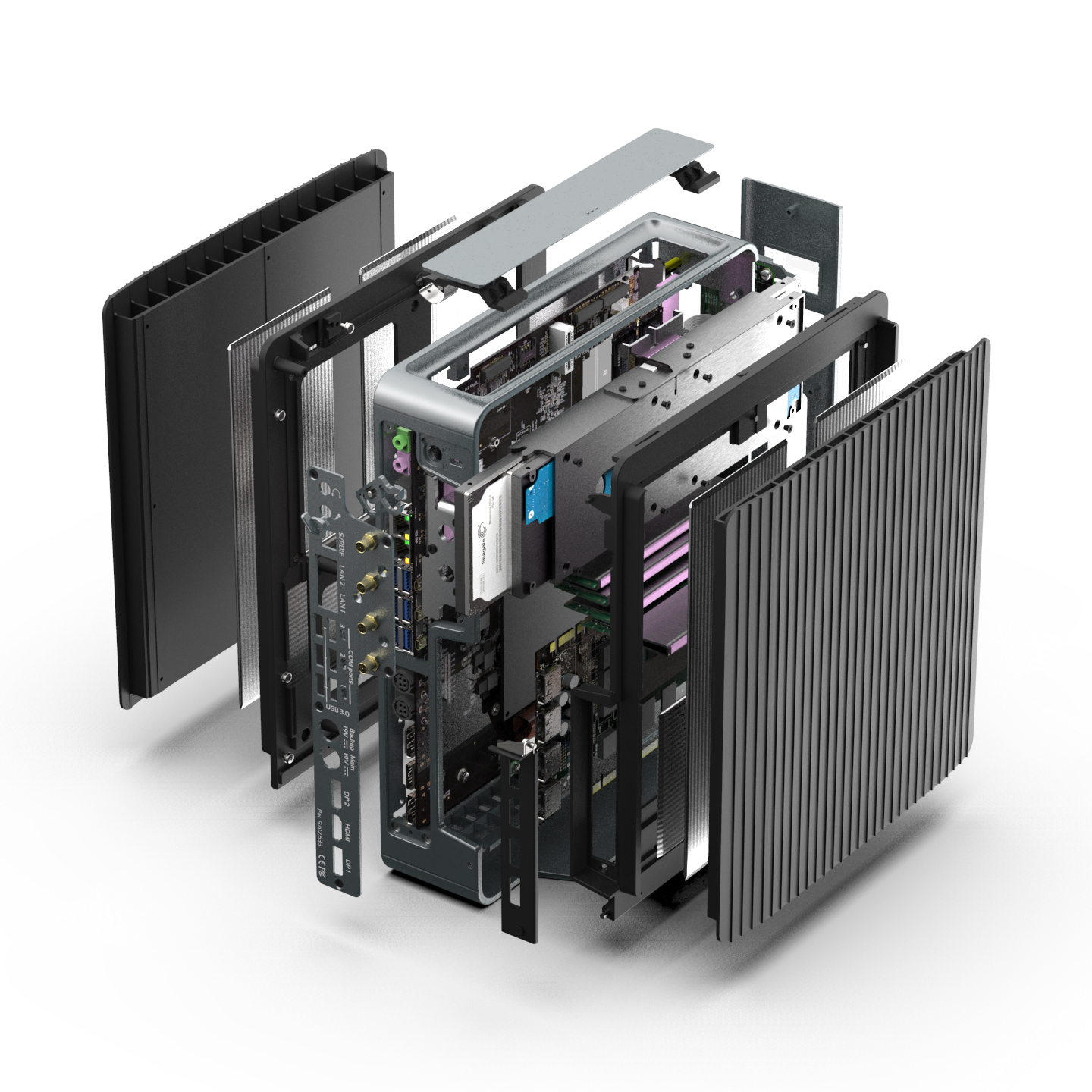 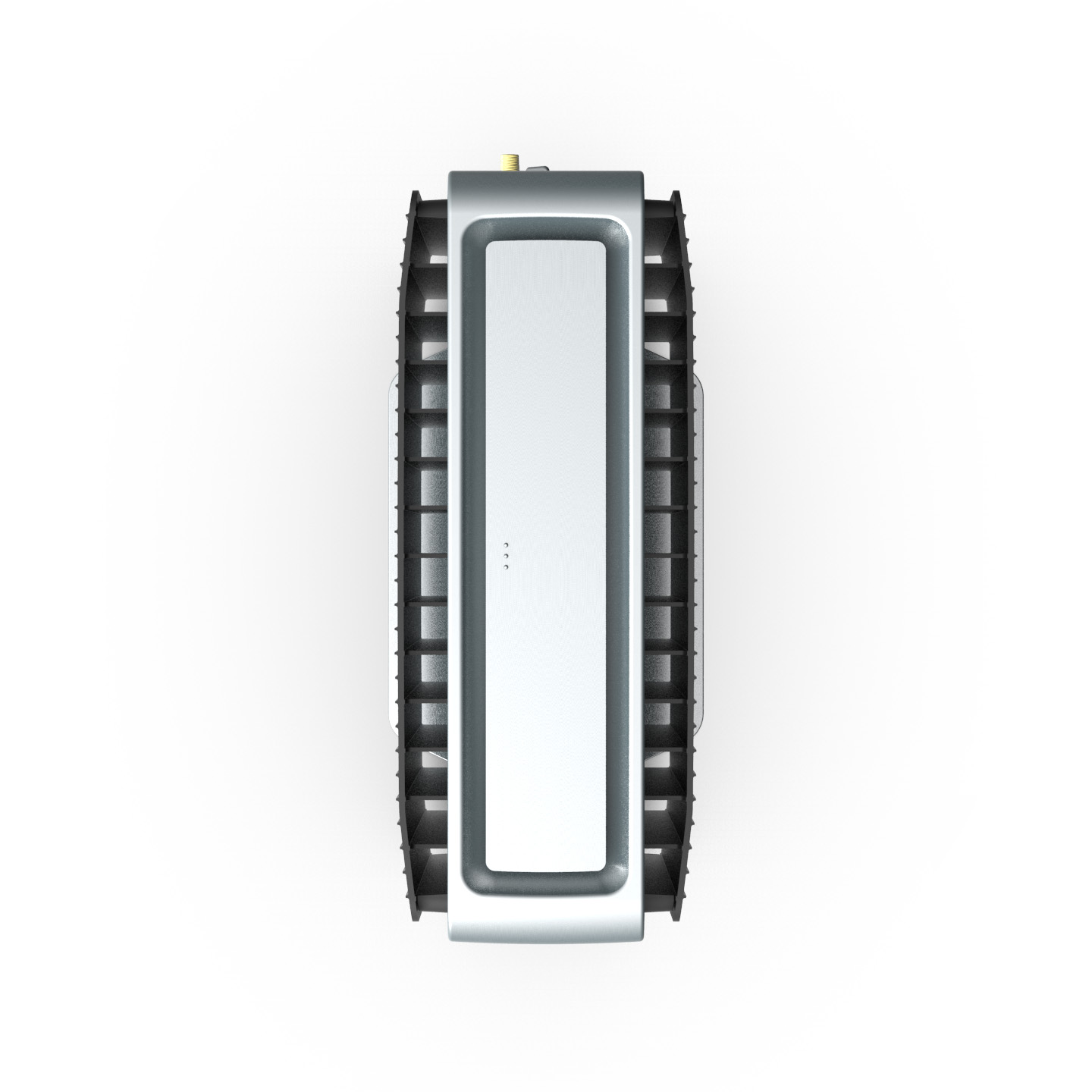 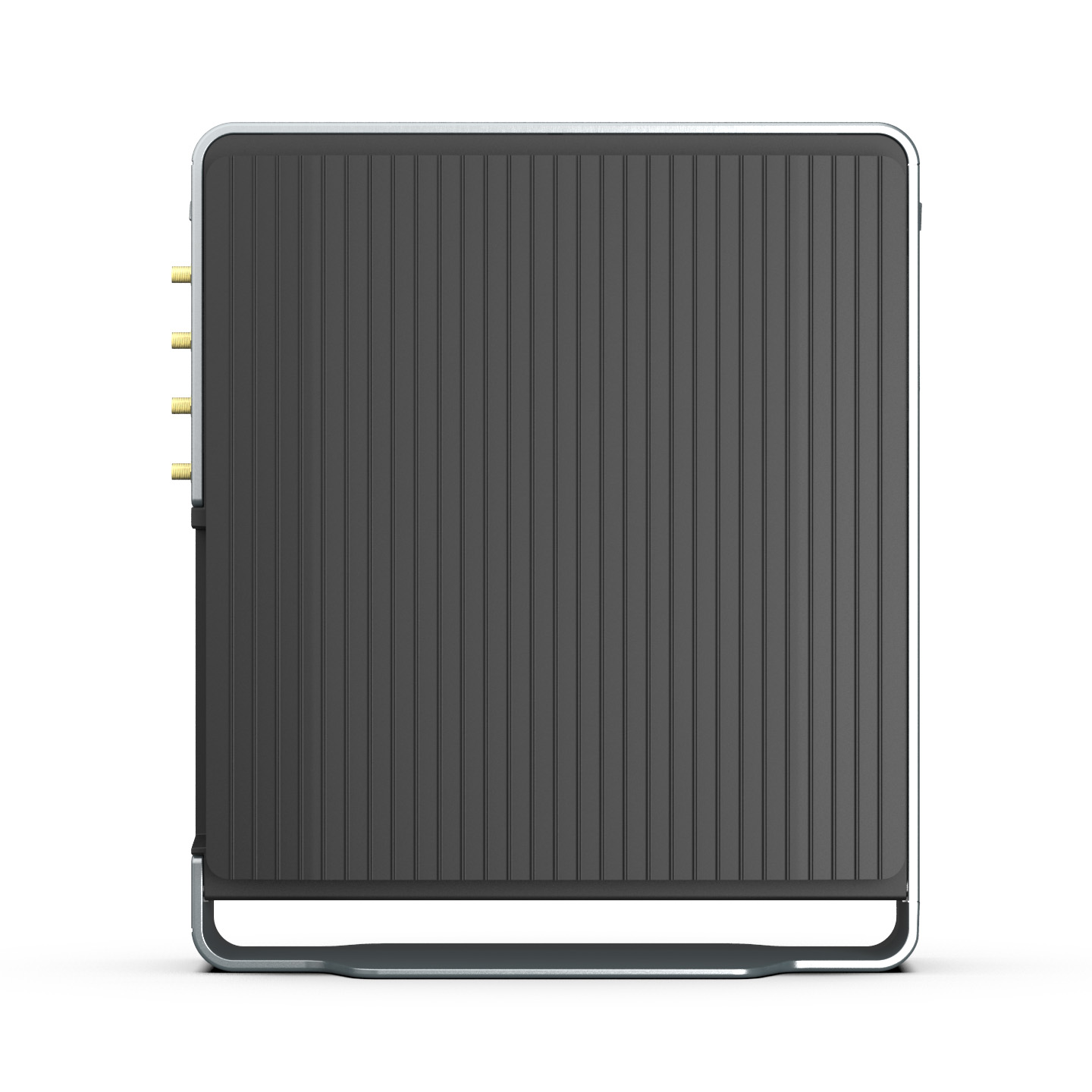 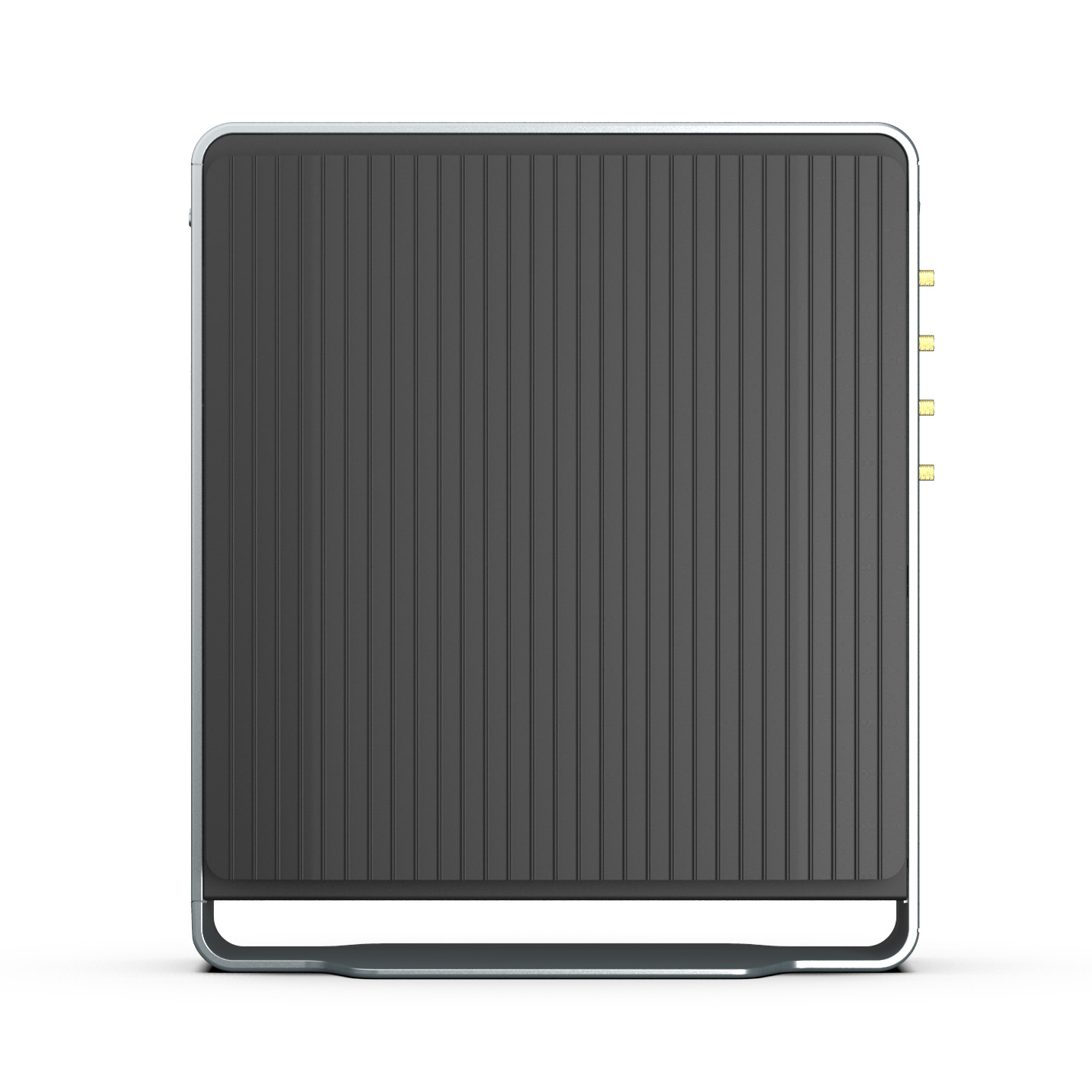 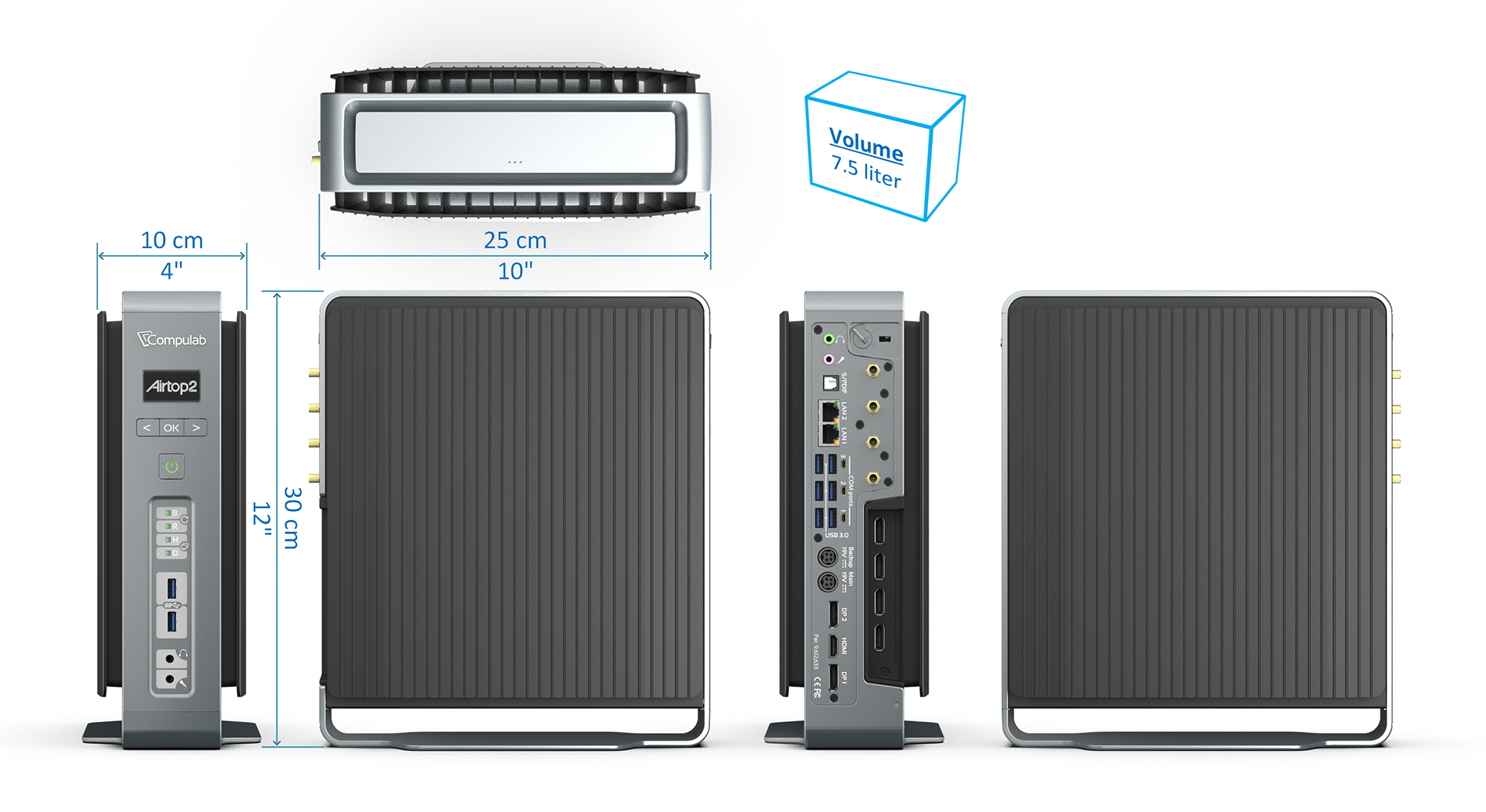 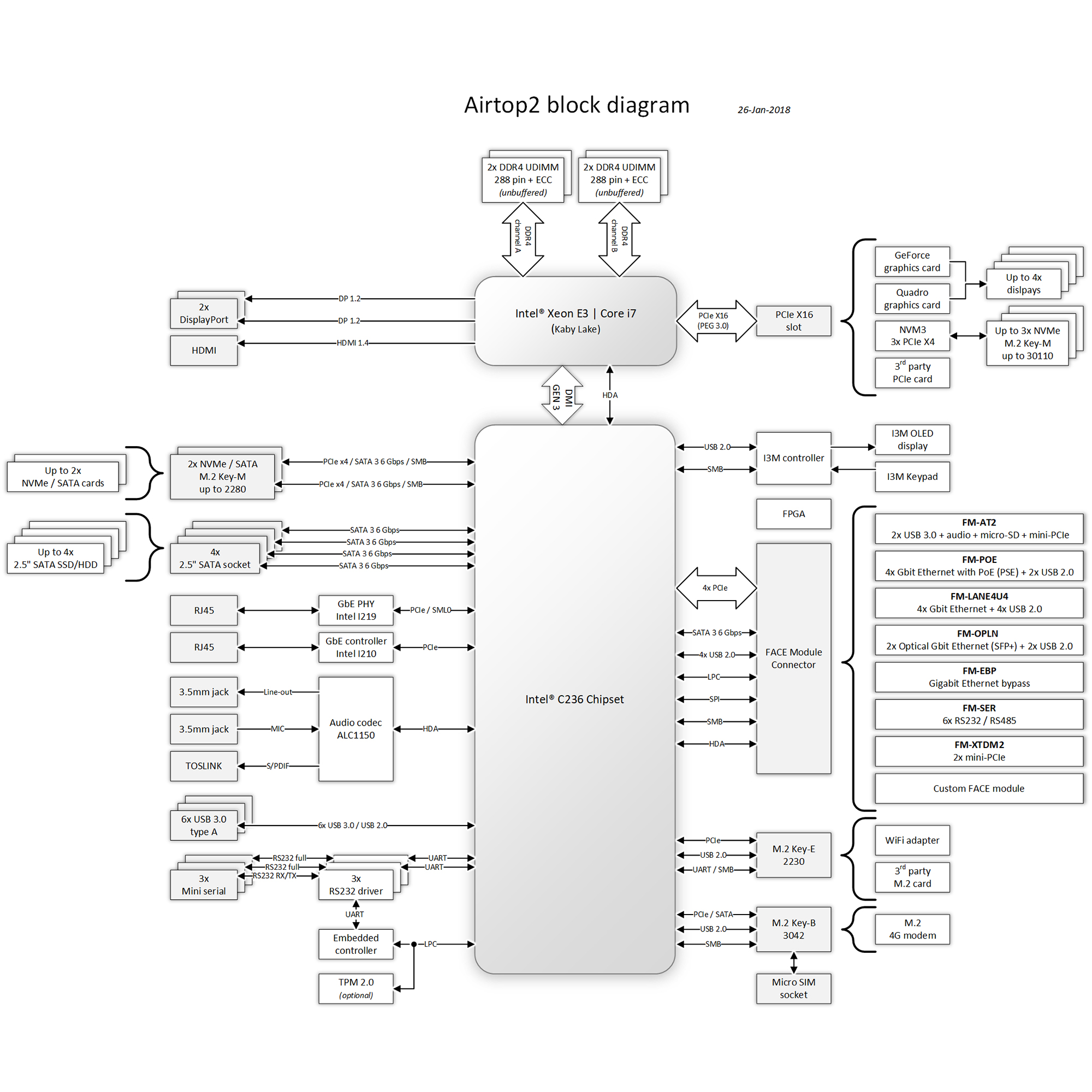 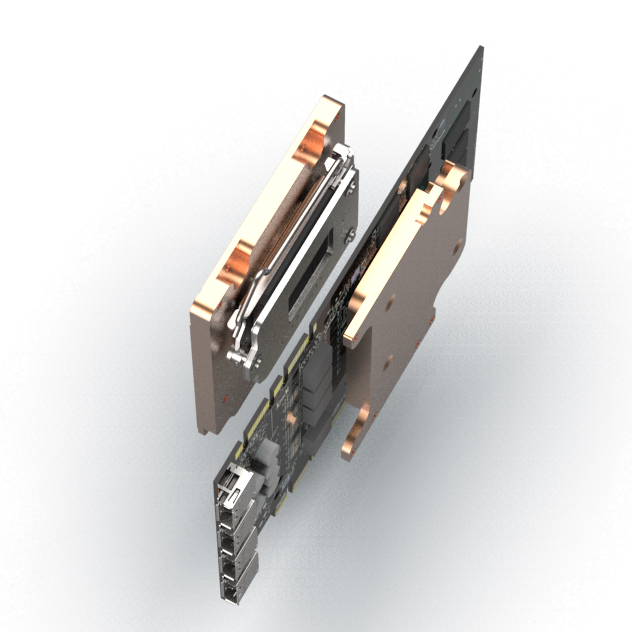 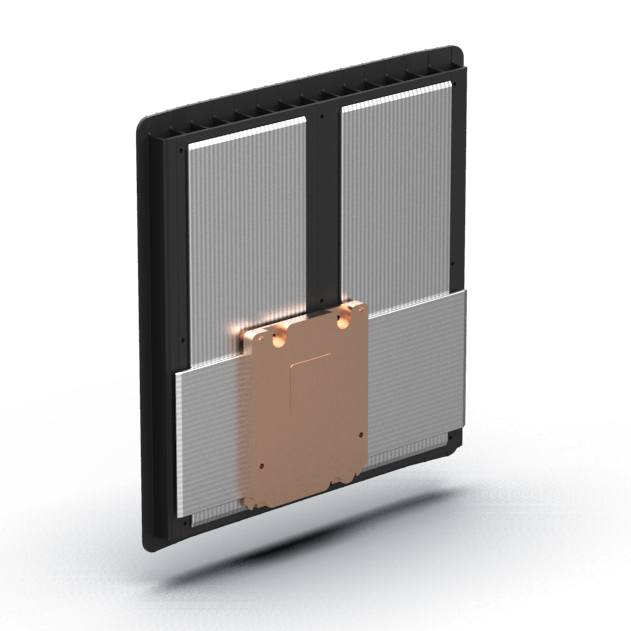 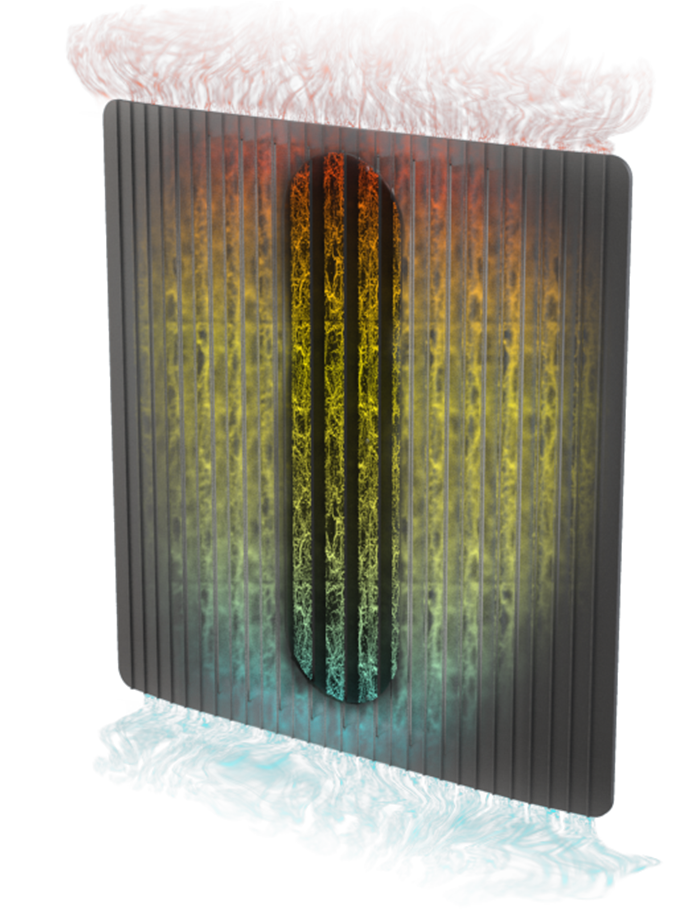